How Much is a New Roof?

A homeowner who receives the news that a new roof is needed often responds with a look of devastation, a fearful expression displaying distress and silently asking the question, “How much is this going to cost?” Inevitably, they tend to answer their own question in their heads, but more often than not, nearly always, in fact, their estimate far outreaches the actual cost, at least when getting a quote from a highly professional company like Fusion Roofing and Restoration. When they discover the truth, purchasing a new roof proves to be much less frightening.

So many people believe that their roofs, roofs that are usually average in terms of size and steepness, are extremely expensive, somewhere in the mid-teens to twenty-thousand-dollar range. Ouch. In truth, the average roof cost for an average sized roof (say around the 1500-2000 square foot mark, or your regular 3/2 home) should be more like $5500 to $6500 dollars depending on various choices such as shingle type and pitch. The reality is that for the most part, homeowners can expect to pay somewhere in the $300 per square (a square equals 100 square feet—1500 square feet, then, would be 15 squares), which for a 20 square house puts them at around $6000. 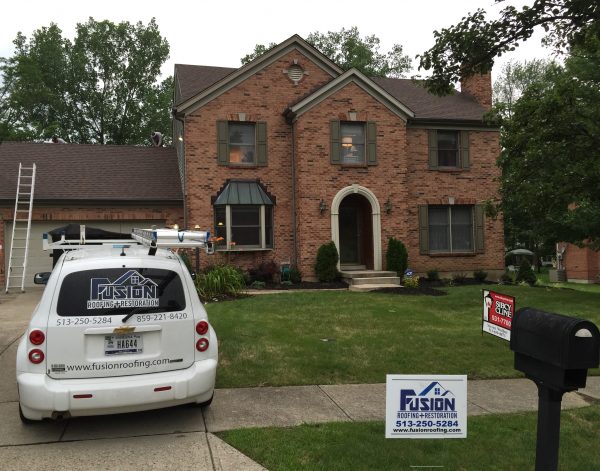 Why do so many people believe that new roofs will come with a price tag that could literally bankrupt them? Simply put, it’s because of shady companies that take advantage of people’s overall general ignorance regarding cost. Some organizations will essentially rob people who come to them in good faith to provide high quality service at a fair price. Horror stories abound, such as homeowners paying half or full price up front only to be left with an unfinished (or even completely not started) job, or piles of “unseen” costs popping up and doubling a price, or worse. Truthfully, while certain issues can arise, such as damaged wood decking underneath the roof, such issues should not decimate original quotes except in the rarest circumstances. 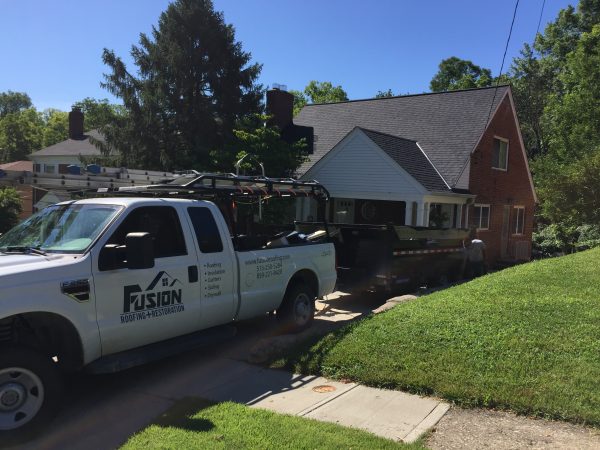 As a roof is such a valuable portion of a home, providing shelter, warmth, and protection from harmful weather, investing in a new and improved version should be affordable. Fusion Roofing and Restoration wants to and will give the highest quality workmanship at a price that works for any homeowner, especially considering that the company gives buyers the chance to get in-house financing. If a new roof is something you definitely need, or maybe are unsure of and wish to get an expert’s opinion, call Fusion Roofing today.