Homeowners in need of a roof replacement, especially if the existing roof is shingled, have a few ways to go about doing so. One route to take is to have the roof torn off prior to having the new roof installed. This provides the chance for a “clean slate” approach. Another way to have a new roof put on is to simply install on top of the existing roof. Many people choose this path as it is quicker, can be less expensive, and it seemingly allows for an additional layer of protection for the home. While some reasons to shingle over an existing roof are valid, the overall value of that choice may not be worth it in the long run. 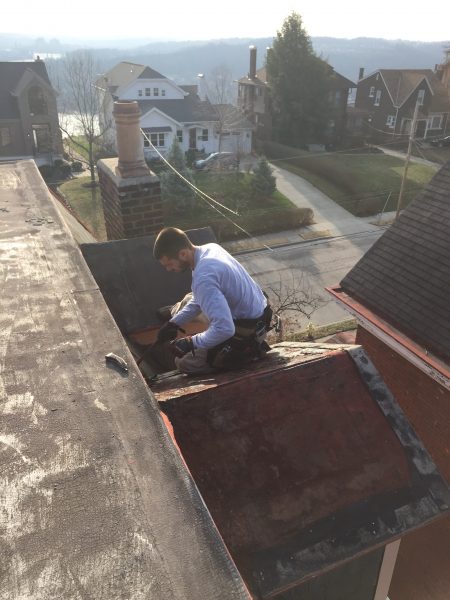 Shingling over an existing roof does seem like a great idea, one that will strengthen an already quality roof that is simply aged and needs to be updated. In such cases, and if the roof is only a single layer already, this can be an acceptable way to go. Most states only allow for two layers maximum, so if there are already two, it will need to be torn away. With one, the homeowner can add a second layer; however, they should be warned that shingling over damaged existing shingles can cause major problems and extensive leaking, especially if leaking is already occurring.

Two more reasons to shingle over existing roofs are the cost and the time. Having a roof torn off first does add another line to a bill. As taking off a roof takes time, that cost will be accounted for in the labor portion of the bill. In terms of time, too, avoiding a tear off will mean that the new shingles can be installed quicker. In certain months when precipitation is the rule rather than the exception, such time saving measures can be great for keeping moisture from getting into the attic. 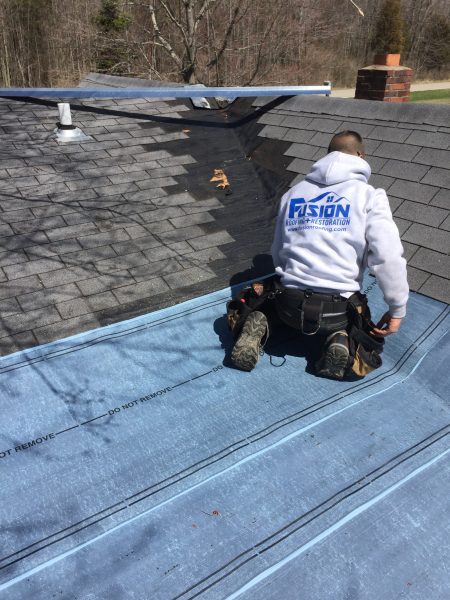 There are good reasons to do a tear off as well and avoid some of the potential head aches that can come with a roof over. As previously mentioned, roofing over existing shingles can greatly increase the chances of leaks. More shingles equals more nails and more potential openings for water to infiltrate. Also, there are weight considerations. Adding what is essentially a second roof on top of an existing roof will basically double the weight on the roof deck. While this isn’t absolutely problematic, one should check weight limits to verify that the home can absorb the added pounds.

When needing a new roof, a homeowner should definitely think about all their options before making a decision, and roofing over or tearing off is certainly one such choice. If unsure, it is wise to have Fusion Roofing experts come to inspect the roof and offer their advice about what route should be taken. 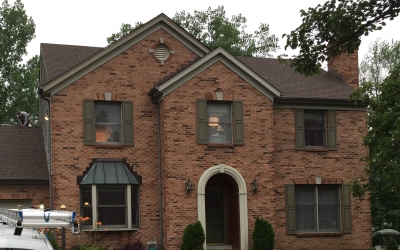 How Much is a New Roof?